(July 6, 2017) The Portland Bureau of Transportation is pleased to announce the winners of the 2017 Bike to Books Coloring contest!

This past May, PBOT and Multnomah County Library, with support from Metro, invited students living in Multnomah County from Pre-Kindergarten to 12th Grade to design bike lane art for Portland’s “Bike to Books” Bike Month coloring contest. For years Portlanders have enjoyed the smile-inducing bike lane art designed by PBOT’s striping crews. The designs are created by crew members and can be found in bike lanes and on neighborhood greenways across the city.

Coloring pages were available for pick up at all Multnomah County Library branches (click here for locations) or downloaded online. Contestants were required to drop-off their entry at a library branch in person in order to be entered into the contest. This June, staff from PBOT's Active Transportation, Maintenance and Communications teams reviewed the approximately 200 entries received and named the first, second and third place winners of each age division as well as honorable mentionsfrom each group.

“We have been amazed by the creativity of the contest entries and are thrilled to have Portland’s kids part of the conversation about getting around Portland,” said Transportation Director Leah Treat. “We hope that through this contest, kids in Portland are able to see the value of their voice in our work to make walking, biking and rolling an option for everyone in the city.”

The winning artwork is as follows: 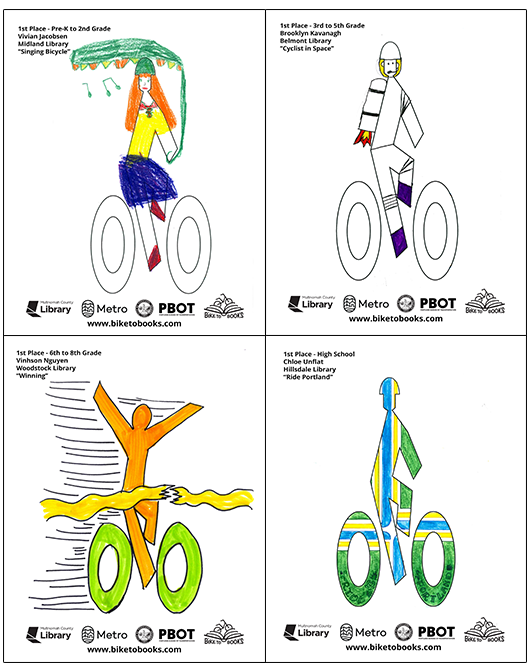 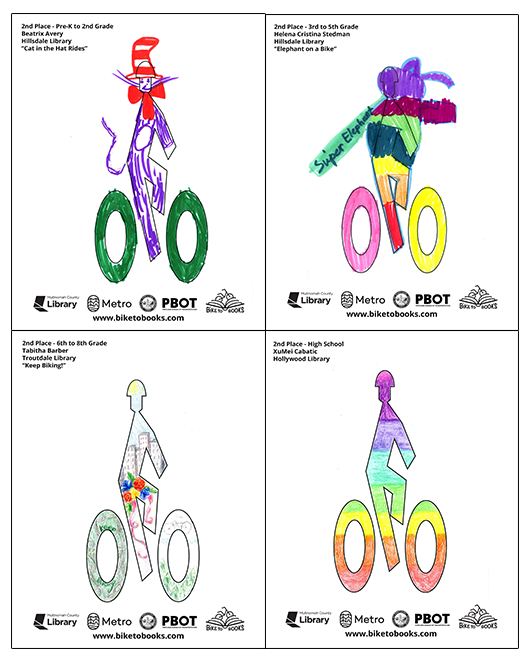 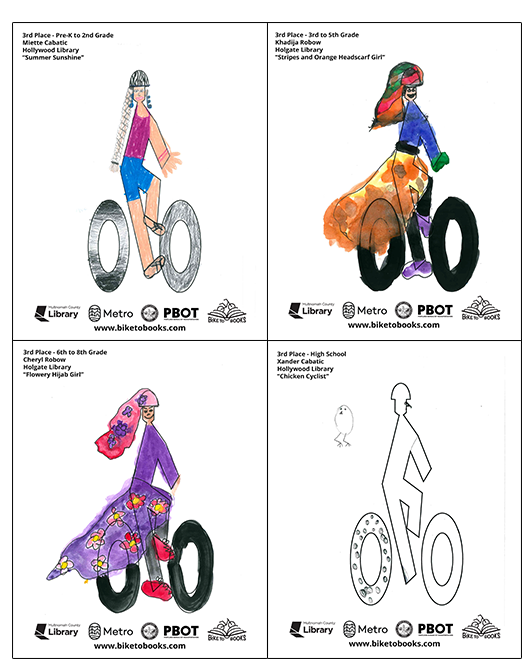 The first place winning art will be installed on four bike lanes by the Portland Bureau of Transportation's striping crews later this summer. Second prize winners each received four full-day passes to the Lumberyard Bike Park (including rental bikes and safety equipment if needed) and third prize winners won a bike helmet of their choice from Portland-based Nutcase Helmets.

In addition to the coloring contest, every person who biked to a Multnomah County Library branch during Bike Month received a free bike light provided by Metro. Special Bike Storytimes for young readers were also offered at numerous library branches across the county.

Thanks to everyone who participated in Bike Month 2017! We can’t wait to see what’s in store for 2018.